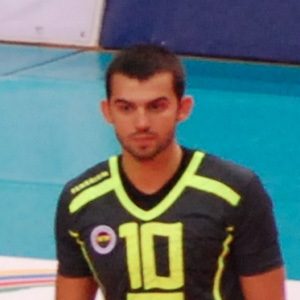 Setter who has risen to fame for his career in the Turkish Men's Volleyball League, including for Fenerbahçe between 2005-2015. He was named the league's best setter for the sixth time in 2011, and won his third Turkish Volleyball Super Cup with the club in 2013.

He made his professional volleyball debut in 2001 with Arçelik.

He won the 2014 CEV Challenge Cup with Fenerbahçe. He also won that year's Balkan Cup with the club.

He and Gizem Karadayi have both been prolific Turkish volleyball stars.

Arslan Eksi Is A Member Of