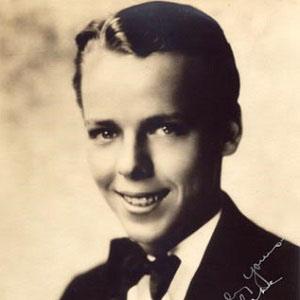 Famous for his role as Blondie's husband Dagwood Bumstead, he portrayed the comedic character in nearly thirty Columbia Pictures movies based on the Blondie comic strip, as well as in several radio specials and a television series.

When he was just twelve years old, he made his screen acting debut in the 1917 silent film Jack and the Beanstalk.

He appeared in the 1937 film Topper and in the 1930 musical movie Cheer Up and Smile.

Born in Corbin, Kentucky, he was the son of circus performer Arthur Silverlake and vaudevillian Edith Goodwin and the brother of fellow entertainer Florence Lake. In the late 1930s, he married Patricia Van Cleeve Lake.

He and Gloria Swanson were both in the cast of the 1931 feature film Indiscreet.

Arthur Lake Is A Member Of