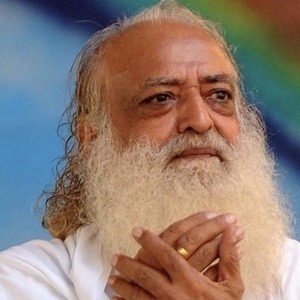 Indian yogic religious figure known for his belief in a supreme consciousness. He was arrested for sexual assault in 2013, and has voiced his opinion that the victim of rape is also guilty.

He sold tea when he was young and learning about spirituality from his mother. He built his first ashram in 1970.

He was widely criticized following remarks he made about the New Delhi gang rape case in 2012.

He had a son and daughter with wife Lakshmi Devi.

He accused Sonia Gandhi of orchestrating a conspiracy against him.

Asaram Bapu Is A Member Of