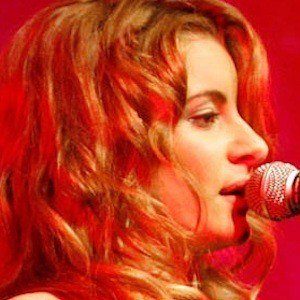 Pop singer and songwriter known for her sophomore self-titled album. It produced a number of hits, including "Muamma" and "Salla."

She began studying music and the arts at an early age. She attended high school in Germany, then moved back to Turkey following her graduation.

In 2010, her song "Shake" won the Song of the Year award at the Baer Awards. In 2011, she was named Best Turkish Act at the MTV Europe Music Awards.

She was born in Bremen, West Germany. Her mother was of Dutch descent, with her father being of Turkish descent.

In 2010, she performed a duet on the song "Kal" with Teoman. The song's official music video on her AtiyeOfficialVEVO YouTube channel has amassed over 1.5 million views.

Atiye Is A Member Of