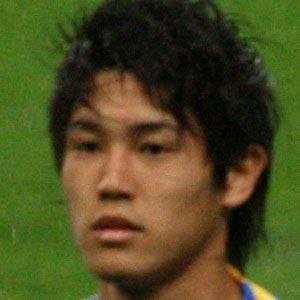 Right back who joined Schalke 04 in 2010 and debuted with the Japanese national team in 2008.

He began his professional career with the Kashima Antlers in 2006.

He scored his first international goal in a 2010 FIFA World Cup Qualifier against Bahrain on June 22, 2008.

He was born in Kannami, Shizuoka, Japan.

He and winger Ryo Miyaichi became teammates on the Japanese national team.

Atsuto Uchida Is A Member Of