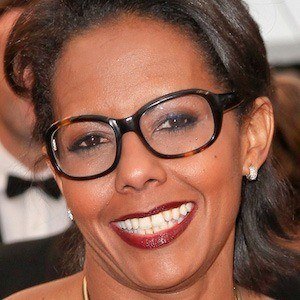 Journalist and writer known for her work on television. After spending the early part of her career as a newsreader, she became more involved in television talk shows.

She studied at the University of Rouen. She then attended the Higher Journalism School of Paris before joining Édouard Balladur's presidential election team.

She was married to Arnaud Montebourg, a former leader of the French Socialist Party, until 2012.

Her father was Marc Pulvar, who founded the Martinican Separatist Movement. Audrey's daughter was born in 1997.

Pulvar joined Laurent Ruquier on his talkshow On N'est Pas Couché in 2011, but was later let go.

Audrey Pulvar Is A Member Of