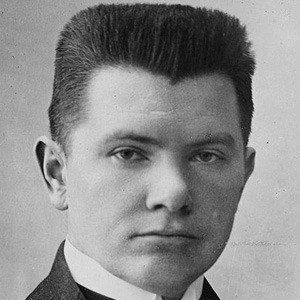 Lithuanian nationalist political figure who served as Lithuania's first Prime Minister in 1918, and again from 1926 to 1929.

He received a master's degree in History and Philosophy from the University of St. Petersburg.

He survived an assassination attempt in Kaunas in 1929 and was later ousted in a coup by President Smetona.

He was the godfather of Valdas Adamkus, who later became President of Lithuania.

He and Kazys Grinius were both Lithuanian politicians.

Augustinas Voldemaras Is A Member Of