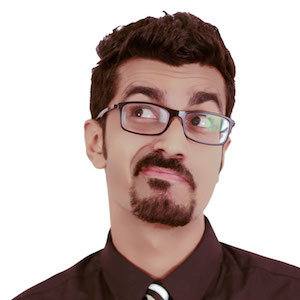 Pun master and prolific standup comedian, he has gained popularity throughout India for his intelligent and observational English standup. Since he began his comedic career, he has scored two standup specials, Out of My System and Cometh the Hour.

He originally began his professional life as an engineer and would transition into writing before doing standup. It was in 2011 that he had his first comedic success winning an open mic in Mumbai.

A writer for print and digital work, he has penned articles for National Geographic Traveller India and The Man Magazine.

He was born and raised in Mumbai.

He is a part of the comedy collective East India Comedy alongside Sorabh Pant and Atul Khatri.

Azeem Banatwalla Is A Member Of