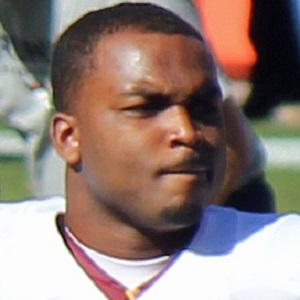 NFL safety selected in the 6th round by the Washington Redskins started several games for the team during his rookie season.

He was an All-American and First-team All-SEC selection during his junior season at the University of Georgia.

He was projected as a second to third round pick in 2013, but fell heavily due to failed drug tests.

His father's name is Danny. He had his mother's maiden name of Fudge as a child.

He came back into a starting role half way through the 2013 season after the suspension of teammate Brandon Meriweather .

Bacarri Rambo Is A Member Of