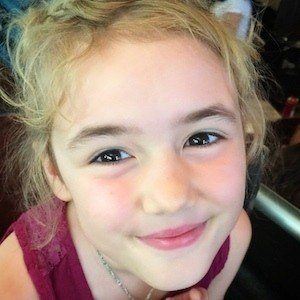 Daughter of Christopher Ballinger and niece to Rachel and Colleen Ballinger who is featured in a segment called Bailey's Bookshelf for her father's YouTube channel. One of her more popular videos is called "Bailey's Diva Meltdown."

The first video she appears in on Chris' channel is called "Duet with Bailey."

Following in her family's footsteps, she created her own self-titled vlogging channel.

She has brothers named Jacob, Parker, Duncan, Luke, and Teddy.

She has an uncle named Trent Ballinger who is Christopher, Rachel and Colleen's brother.

Bailey Ballinger Is A Member Of