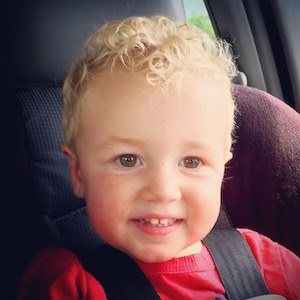 Son of Christopher and Jessica Ballinger who is also the nephew of Rachel, Colleen and Trent Ballinger. He has appeared on the Ballinger Family YouTube channel, which reaches over 1.6 million subscribers. He was featured in the popular "Toddler Demands Pumpkin Spice Latte" video on that channel.

He was born in California.

He has been featured in videos on both of his parents' YouTube accounts, including "Baby Parker Goes to the HOSPITAL!" and "Baby Parker Discovers his Hands." He has taken gymnastics lessons.

He has brothers named Jacob, Duncan, Luke, and Teddy and a sister named Bailey.

His sister Bailey Ballinger has her own segment on their dad's YouTube channel called Bailey's Bookshelf.

Parker Ballinger Is A Member Of