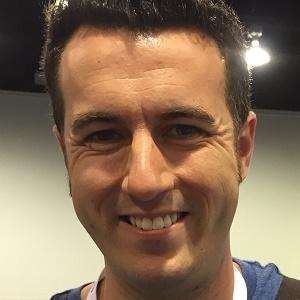 Magician who hosts Magic Mondays on his YouTube channel Ballinger Family, formerly called BallingersPresent, in addition to family vlogs. He has released DVDs by the names of The Shark and Monarch.

He created his YouTube channel on January 7, 2013. He has since accumulated more than 1.4 million subscribers.

He features a segment on his channel called Bailey's Bookshelf.

He has featured both of his sisters, Rachel and Colleen Ballinger, in several of his videos. He also has a brother named Trent. He married Jessica Ballinger and he has kids named Bailey, Jacob, Parker, Duncan and Luke. Their sixth child is expected to arrive in August 2021.

One of his more popular videos is titled "Jennifer Lawrence Magic Trick." In September 2014, he collaborated with JoshuaDTV on the video "Improv Duet Challenge with Joshua Evans."

Chris Ballinger Is A Member Of