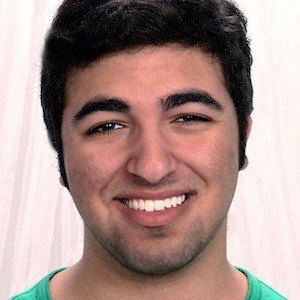 He created his baracksdubs channel in January of 2012 with his first auto-tuned creation being Barack Obama Singing Drink to That by Rihanna."

He partnered with Maker Studios and his videos have been featured on several online publications, including Huffington Post, Rolling Stone, Mashable and more. His channel has earned over 1.5 million subscribers.

He is from Columbus, Ohio and would move to Knoxville, TN to attend the University of Tennessee as a biochemistry student.

His rendition of Lady Gaga's "Born This Way" was one of his initial successes. The video went viral from the time he posted it to the time he was back at college after a six hour ride.

Baracksdubs Is A Member Of