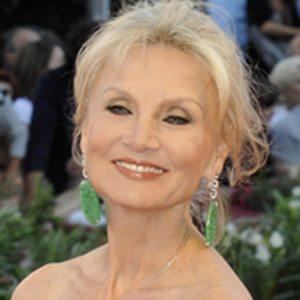 German actress who has appeared in more than 80 films including Casino Royale in 1967 and Gangs of New York in 2002.

She moved from Germany to America as a young girl and attended Galileo High School in San Francisco, California.

She worked as a television personality on Italian television in the 1980s.

She was married to Luigi Borghese from 1974 until 2006 and she has two sons, Alessandro and Massimiliano.

She appeared in the 1964 film Bedtime Story starring Shirley Jones.

Barbara Bouchet Is A Member Of