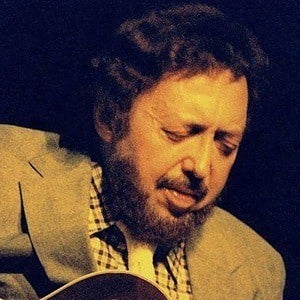 Jazz guitarist and member of the group of session musicians called Wrecking Crew.

He began touring as a teenager with various dance bands and went on to work with artists like Chico Marx.

He played "Mr. Spock's Theme" on bass for the television series Star Trek.

He was greatly admired by The Who guitarist Pete Townshend, who wrote and recorded a song called "To Barney Kessel."

Barney Kessel Is A Member Of