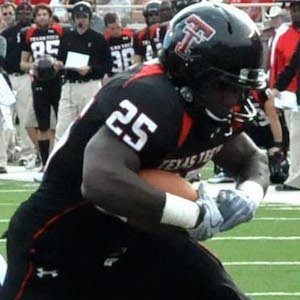 Running back best known for playing for the Pittsburgh Steelers from 2011 to 2013. After his retirement, he opened the art studio and advertising agency Studio AM in Pittsburgh Pennsylvania. A successful painter and artist, he has become well known for his colorful and vibrant freeform painting style.

He rose to football fame playing with the Texas Tech Football team after fielding offers to play at Northwestern, Duke, and New Mexico State.

While playing for the Texas Tech Red Raiders, he was coached by Mike Leach.

Baron Batch Is A Member Of