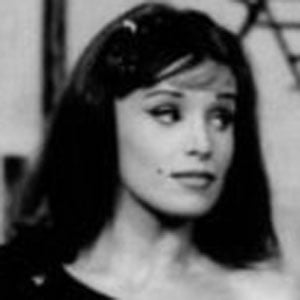 Film and television actress and dancer known for her appearances in such Hollywood movies as Brigadoon, Pal Joey, Daddy Long Legs, and It's a Mad, Mad, Mad, Mad World. Her television credits include dance performances on The Colgate Comedy Hour and Bonanza.

She began her career by performing with the renowned dancer Fred Astaire in several 1950s and 1960s television specials.

Her first two marriages -- to Gene Shacov and Swedish actor Jan Wilhelm Malmsjö -- ended in divorce. Her third marriage -- to James Kaufman -- resulted in the birth of her one child.

She appeared with Hollywood star James Stewart in the 1965 20th Century Fox movie The Flight of the Phoenix.

Barrie Chase Is A Member Of