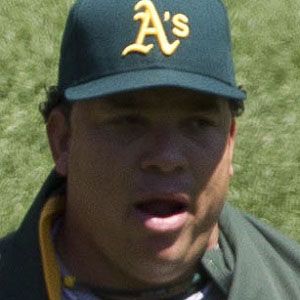 All-Star starting pitcher who won a Cy Young Award in 2005, winning 21 games for the Los Angeles Angels. He helped the New York Mets reach the World Series in 2015.

He grew up in Altamira, Dominican Republic without indoor plumbing, electricity, or running water.

Early in his career he had a blistering fastball that sat in the mid-90s; as his velocity faded, he learned to rely more on movement.

He married a woman Rosanna, whom he had known since he was thirteen. Together they had four sons.

Slick-fielding shortstop Omar Vizquel was his teammate on the Cleveland Indians.

Bartolo Colon Is A Member Of