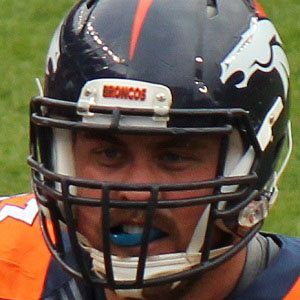 Offensive guard who played for the Air Force Falcons before being signed by the Denver Broncos in 2010. He spent the next several seasons in military service and on the Broncos' practice squad before making his NFL debut with the team in November 2014.

He was a First-Team All-State selection with the Central High School Warriors.

He received the Walter Payton NFL Man of the Year Award for his work in the Denver community, having founded the SoDE Solution nonprofit group to combat human trafficking.

He has blocked for running back Montee Ball in Denver.

Ben Garland Is A Member Of