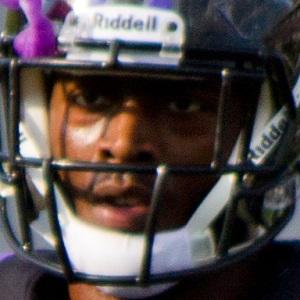 American football running back who was drafted by the Baltimore Ravens in the third round of the 2012 NFL Draft.

He played college football for Temple University and majored in Communications.

He won the Mid-American Conference freshman of the year award in 2009.

He was born and raised in Ardmore, Pennsylvania.

He and Gary Baxter both played football for the Baltimore Ravens.

Bernard Pierce Is A Member Of