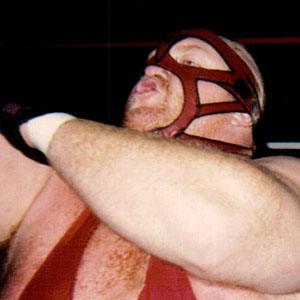 Super-heavyweight wrester in the WCW and World Wrestling Federation who was billed at 6'4," 450lbs.

He started out in the American Wrestling Association on the advice of a friend who remembered him from his college football days.

After several years in Japan he joined the World Championship Wrestling promotion, where he squared off in a bloody match against Cactus Jack.

He was born Leon Allen White. He had one son, Jesse White, who signed a developmental contract with the WWE. His marriage to Grace Connelly lasted from 1979 until 2007.

In the WWF he wrestled against The Undertaker, losing only after the interference of Paul Bearer, the Undertaker's former manager.

Big Van Vader Is A Member Of