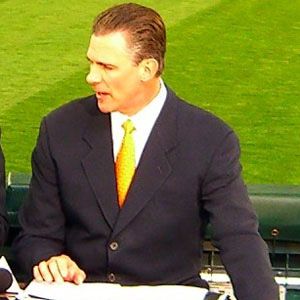 He received a scholarship to play basketball at the University of Portland. It wasn't until his junior year that he began to pitch for the school's baseball team.

He pitched his last game in the Oakland Coliseum, which is where he started his career. After baseball, he found work as a financial adviser at Wells Fargo in Seattle.

He ran Cure Autism Now, an autism advocacy group, with his wife Jo. The cause inspired them after their own daughter was cured of autism.

In 1986, he played alongside 12-time All-Star Mark McGwire, who was then just beginning his big league career.

Bill Krueger Is A Member Of