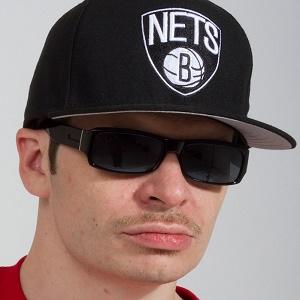 Hip-hop recording artist and a skilled MC battle rapper who became well known on the national scene for his 2003 appearance on the live Rocafella MC battle on MTV. He was also the Freestyle Friday Champ on B.E.T's 106&Park from December 2010 to April 2011. He was crowned the 2011 Freestyle Friday Grand Champion.

He had several birth defects when he was born, including a spine defect called spina bifida, as well as being blind. He also had clubbed feet and had to undergo numerous surgeries for his afflictions growing up. He started an infant stimulation program in Camden when he was just 10 months old.

He has released mixtapes titled Street Leaks Vol. 1 & 2, Fury Friday, Do You See What I Hear and Return of the Fury Friday. His debut album, Young and Gifted Always, was released in 2014. He, DJ Mellow, and DJ Spice formed 3 WiseMen Entertainment.

He was born Stephen Norris in Camden, South Carolina.

Blind Fury Is A Member Of