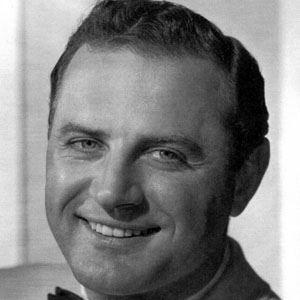 Remembered for his roles in such Hollywood films as Last Train from Gun Hill and The Asphalt Jungle, this Nevada-born screen actor also appeared in several television series, including Bourbon Street Beat and Colt .45. His acting career began in the 1940s and lasted more than forty years.

After training at the Pasadena Playhouse in Southern California, he served during World War II in the United States Army Air Corps. He made his screen debut in Winged Victory, a film produced by the Air Corps.

He appeared with Steve McQueen, Yul Brynner, and several other Hollywood stars in the 1960 western film The Magnificent Seven.

Born Veljko Soso, he grew up in Nevada as the child of Serbian parents. His first marriage, to singer Peggy Lee, lasted only a year; he later married Mary Bogdonovich and, following Bogdonovich's death, June Deyer.

After rescuing Frank Sinatra from drowning (during the production of the film None but the Brave), he developed a close friendship with the famous singer and actor, producing the Sinatra spy film The Naked Runner and co-starring with Sinatra in the 1965 movie Von Ryan's Express.

Brad Dexter Is A Member Of