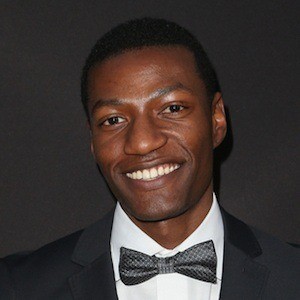 Most well known for his portrayal of Ernesto in the AMC spinoff series Better Call Saul. He has also had small roles in feature films like Maze Runner: The Scorch Trials and Whiskey Tango Foxtrot.

He fell in love with performance from an early age, starting with speech and debate in middle school. By his sophomore year of high school, he'd found his first agent. He got his breakthrough went he ditched college to play one of the football players in the hit series Friday Night Lights.

Outside of his acting roles, he is also a filmmaker and has written, directed, and produced several short films including Born Free Die Slave and Premonition of Deja Vu.

He has occasionally posted photos on Instagram with his girlfriend, Ella. He is a cousin of fellow actor Kevin Daniels.

He joins Bob Odenkirk and Jonathan Banks in the cast of Better Call Saul.

Brandon K. Hampton Is A Member Of