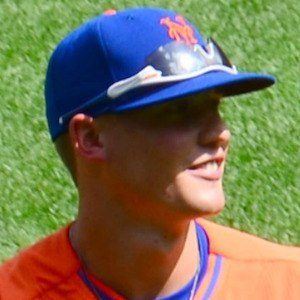 American baseball outfielder who was selected 13th overall by the New York Mets in the 2011 MLB Draft.

He was a standout with his American Legion team, hitting 15 home runs with 34 stolen bases in 70 games.

After being drafted 13th overall, he became the highest drafted Wyoming native in MLB history.

He was born and raised in Cheyenne, Wyoming.

He was drafted by the New York Mets in order to provide some support to star hitter David Wright.

Brandon Nimmo Is A Member Of