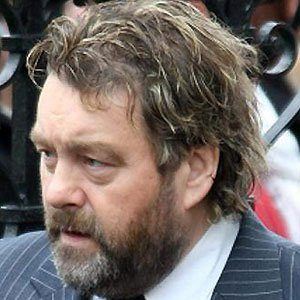 One of the most successful Irish comics of the 20th century. He found success in the film Moondance, on television in Father Ted, and in music with a No. 1 hit.

He left school at 15 to support his family, but still found time to form his own band, The Gingerman, and tour around Ireland singing folk songs.

From his first unwilling performance, after being thrust on stage to calm a restless crowd, he began a comic legend, performing with the likes of , John Denver, and others.

He had four children with his wife Eileen Doy.

He starred alongside Dermot Morgan, who played the title character, on Father Ted.

Brendan Grace Is A Member Of