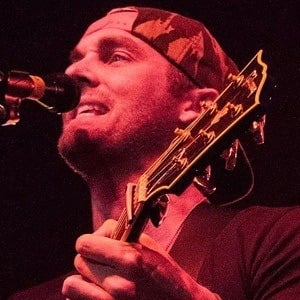 Singer and songwriter whose music has been featured on shows like MTV's Real World and Kourtney and Kim Take New York. He's best recognized for singles like "In Case You Didn't Know" and "Like I Loved You."

He originally intended to pursue baseball and was a pre-draft selection of the Tampa Bay Rays and Minnesota Twins right out of high school, but he decided to play at the University of Mississippi instead. An elbow injury and reconstructive surgery later ended his pro baseball dreams and led him to pursue a music career instead.

He's performed at some of the most prestigious venues in the world, including the Roxy, the Troubador, and The Viper Room.

He has lived in Nashville, Tennessee. He got engaged to Taylor Mills Young in February 2018. They married in November of that year. In October 2019, they welcomed their daughter Presley Elizabeth. Their second daughter, Rowan Marie Young, was born in July 2021.

He has shared the stage with artists like Mandy Moore, Gavin DeGraw and Katy Perry.

Brett Young Is A Member Of