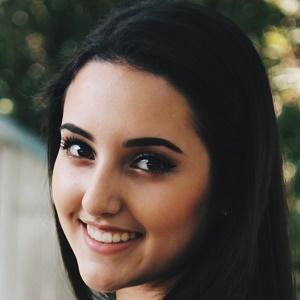 Cover artist who publishes her covers to the music sharing platform SoundCloud. She previously published six-second covers on Vine.

She always loved to sing, but never had the courage to do it in front of other people. She then found Vine in January of 2014 and began posting her musical content.

While in high school, she made plans to pursue singing as a career.

She was born in New Rochelle, New York and later relocated to Fort Meyers, Florida.

She has covered artists such as James Bay and John Mayer.

Bri Dasilva Is A Member Of