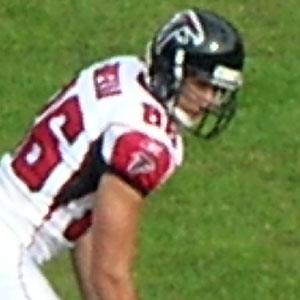 Wide receiver who played in the NFL from 1999-2010, spending all but one year with the Atlanta Falcons.

He played college football at Villanova University, where he was an All-American and the 1997 Walter Payton Award winner.

At Villanova he played alongside his identical twin brother, Brad.

He married Erin Finneran during his career, and has four children with her.

At the prime of his career he caught passes from Michael Vick.

Brian Finneran Is A Member Of