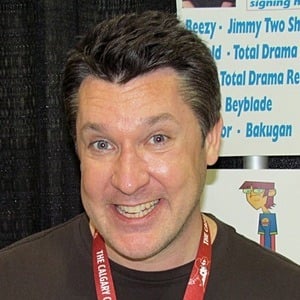 Canadian actor, voice actor, and voice director. He is most recognized for his role as Harold and Sam on the series Total Drama as well as Beezy J. Heinous on Jimmy Two-Shoes.

After several successful one-man shows and stand up routines with impressions, he began his voice acting career for film and television. His debut role was in 2007 when he starred in the series Total Drama Island. He went on to star in several different series and earned more recognition when he played Barry in the TV series Looped.

He was born and raised in Hamilton, Ontario, Canada.

Brian Froud Is A Member Of