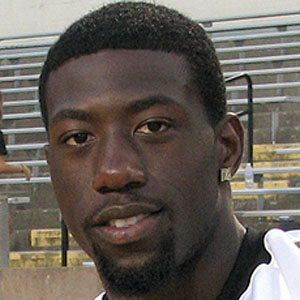 NFL wide receiver who was drafted 33rd overall by the St. Louis Rams in 2012. He played there up until 2017 when he signed with the Washington Redskins.

He dominated as a football player at Appalachian State; Sporting News named him to the publication's Division I FCS All-America team.

He was born and raised in South Carolina. He married Michelle Beltran in 2015.

He and Steven Jackson played together on the Rams before Jackson left to play for the Atlanta Falcons in 2013.

Brian Quick Is A Member Of