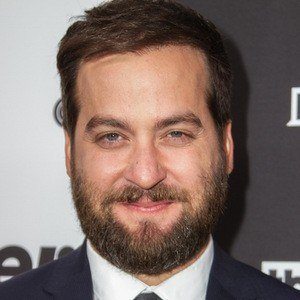 American actor and writer who began landing roles in major films in 2013, appearing in Kings of Summer and The Wolf of Wall Street. He has also acted on a number of popular television series, including Wrecked and Kroll Show.

He graduated from Nichols School in Buffalo, New York in 1997. He began his career in the entertainment business as one half of the comedy duo Pete and Brian.

He has written jokes for several awards shows, including the 2009 MTV Movie Awards and the 63rd Primetime Emmy Awards.

He appeared opposite Kyle Gallner in the 2015 crime comedy Band of Robbers.

Brian Sacca Is A Member Of