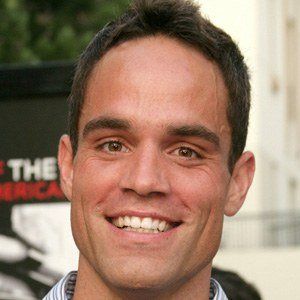 He made his acting debut in a 2002 episode of CSI: Miami.

He played Cpt. Craig Schwetje in the mini-series Generation Kill.

He married nutritionist Jill Wade in 2007. Together they have two children.

He appeared alongside actress Kaley Cuocu in The Big Bang Theory.

Brian Patrick Wade Is A Member Of