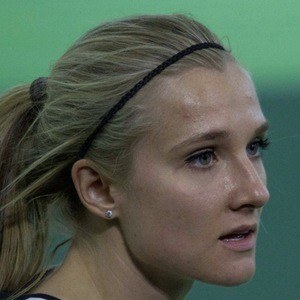 She earned an athletic scholarship to the University of Oregon. She was a 3 time pentathlon and heptathlon champion while there.

She earned silver medals at both the 2013 and 2015 World Championships for the heptathlon.

She married decathlete Ashton Eaton in 2013.

She finished behind Jessica Ennis-Hill in the heptathlon event at the 2016 Rio Olympics.

Brianne Theisen-Eaton Is A Member Of