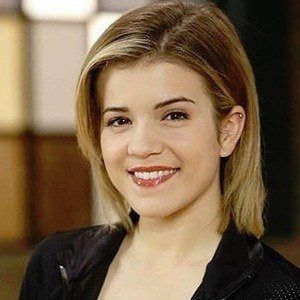 Known for playing the role of Riley on the Canadian drama-reality series The Next Step, she is also a co-teacher at the Advanced Company Team at Joanne Chapman's School of Dance. She runs the YouTube channel Jo and Britt with Joelle Farrow.

She was 4 years old when she first started learning to dance, training in multiple styles including ballet, jazz, tap, hip hop, and more.

She was only 6 years old when she first danced competitively.

She has a pair of twin siblings, Naomi and Lochlan, as well as an older sister named Samantha. She has been in a relationship with photographer Benjamin Dunlop.

In season 3 of The Next Step, her character was involved in a serious relationship with the character played by Trevor Tordjman.

Brittany Raymond Is A Member Of