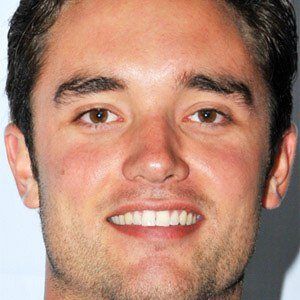 NFL Quarterback who was selected in the second round of the 2012 NFL Draft by the Denver Broncos. He signed a four-year, $72 million contract with the Houston Texans in 2016, then was traded to the Cleveland Browns in 2017.

He was named the high school Gatorade Player of the Year in football in 2008.

He turned down an opportunity to play basketball for Gonzaga so he could go to Arizona State University.

He grew up with an older brother named Tanner. He married Erin Osweiler in 2014.

He earned significant playing time after Peyton Manning was injured during the 2015 NFL season, but was eventually benched for Broncos run to the Super Bowl.

Brock Osweiler Is A Member Of