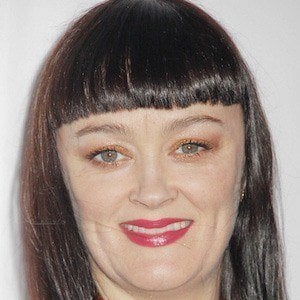 Irish actress and singer known for her roles as Teddy on The Fitz, Mrs. Nickleby on The Life and Adventures of Nick Nickleby, and Larsson on You, Me, and the Apocalypse. She released the album Precious Soul in 2004.

She grew up acting in local theatre and sang in a band called The Listener. She had her first acting role in the 1989 TV movie Dear Sarah.

She played Trudi in Pulp Fiction and had a small role in Star Wars: Episode One. She appeared on an Irish stamp, as her character in The Commitments, in 1996.

She grew up in Derry, Northern Ireland.

She starred alongside Yasmin Paige on the show Pramface.

Bronagh Gallagher Is A Member Of