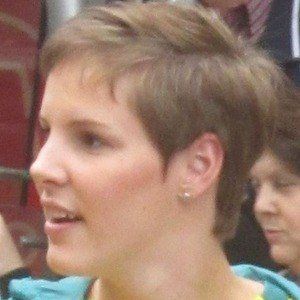 Malawi-born Australian swimmer who represented her country at the 2012 Summer Olympics. She won three gold medals at the 2015 World Championships, a year after winning gold at the Pan Pacific Championship and Commonwealth Games.

She started swimming after moving to Australia in 2001. She won a gold medal in the 50-meter freestyle at the 2011 World Junior Swimming World Championships.

In 2014, she and her Australian teammates set a women's world record for the 4x100 freestyle relay.

Her older sister, Cate Campbell, is also an Olympic swimmer and was part of the team that set the 4x100 record. She grew up in Blantyre, Malawi.

She and Alicia Coutts both represented Australia at the 2012 Olympics.

Bronte Campbell Is A Member Of