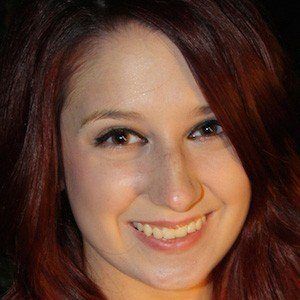 Pop singer and fashion connoisseur who is known for her hit single "Cold Case." She was voted Best Dressed of the 2014 Grammy Awards by MTV and the E! Channel's Fashion Police. As a result, she was named the official spokeswoman for Jovani Designer Dresses.

She was born and raised in Academy, Texas.

Her single "Close to Where You Are" peaked at #22 on the Billboard Dance Charts in late 2013. It additionally cracked the UK's prestigious Top 25 Music Week Commercial Pop Charts.

Her father, Thomas Haley, is a professor at West Los Angeles College.

Ryan Seacrest has compared her sound to a mixture of the band Karmin and singer Cher Lloyd.

Brooklyn Haley Is A Member Of