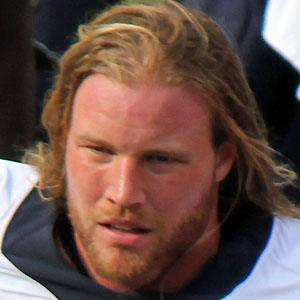 NFL linebacker who was selected 42nd overall by the Houston Texans in the 2011 NFL Draft. He spent four years with the Texans before signing with the Atlanta Falcons in 2015.

He was a top high school prospect as a running back and defensive end at Sabino High School in Tucson, Arizona.

He was named First-team All-Pac 10 during his senior season at the University of Arizona.

He grew up with two siblings, Lucas and Katie.

He joined Brian Cushing on the Houston Texans in 2011.

Brooks Reed Is A Member Of