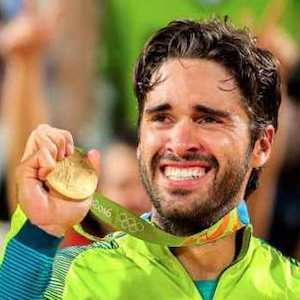 Brazilian beach volleyball player who is recognized for having won the gold medal at the World Championships in 2015. He has amassed more than 30,000 followers on his _bruno_schmidt_ Instagram account.

He was named the FIVB Beach Volleyball World Tour's Most Improved Player in 2010.

He took home a gold medal from the 2016 Summer Olympics.

He and fellow volleyball player Dante Amaral were born in Brazil.

Bruno Schmidt Is A Member Of