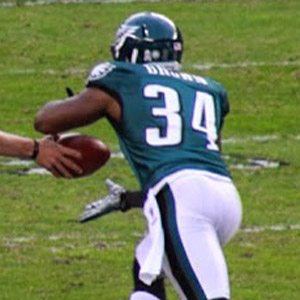 Former Kansas State running back who was drafted in the 7th round in 2012. He ran for over 850 yards during his first two seasons as a backup for the Philadelphia Eagles.

He won the Hall Trophy, the top high school football honor, after running for over 1,800 yards his senior season.

He had a breakout performance with 178 yards and two touchdowns against the Dallas Cowboys in a 2012 nationally televised Monday Night Football match-up.

His older brother Arthur was drafted by the Baltimore Ravens in 2013.

He earned his first NFL start after LeSean McCoy suffered a concussion during the 2012 season.

Bryce Brown Is A Member Of