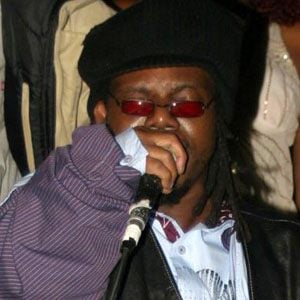 Rapper who was, most notably, a member of the group Geto Boys. Their song "Still" was featured prominently in the film Office Space.

He was born Richard Shaw. He was shot by his girlfriend in 1991 and lost his eye.

A photo of him being wheeled down a hospital corridor on a gurney with the other two Geto Boys flanking him became the front cover of their next and most successful album, We Can't Be Stopped.

His father was a merchant marine and his mother was a maid. He had a son named Javon.

He can be heard on Dr. Dre's album The Chronic.

Bushwick Bill Is A Member Of