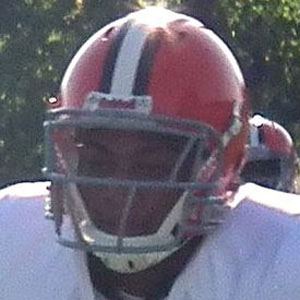 NFL defensive back who compiled 131 tackles and two interceptions during his first three seasons with the Cleveland Browns.

He was a two-time First-Team All-Southern Conference selection at the University of Tennessee at Chattanooga.

He was teammates with return specialist Josh Cribbs during the 2011 and 2012 seasons.

Buster Skrine Is A Member Of