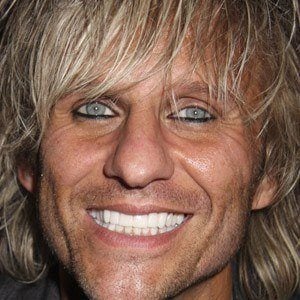 Lead guitarist for the band Poison who went on to become a reality star on the VH1 series The Surreal Life.

He began playing guitar at the age of five. He formed his first band when he was eighteen, and it was called Lace.

He has made music with the band Samantha 7, which began as a solo project.

He had a son named Vallon Deville Johannesson with his longtime girlfriend Shannon Malone in 2007.

He co-starred in The Surreal Life: Fame Games with Ron Jeremy .

CC DeVille Is A Member Of