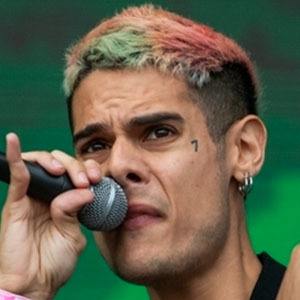 Argentine urban artist who became part of the trap music scene. He often collaborated with Paco Amoroso and they had a huge hit called "Ouke."

His name is Catriel Guerreiro and he was born in Buenos Aires, Argentina. His father was in a band previously.

Before becoming known as Ca7riel, he had spent time working as a session musician for a cover band that sang Whitney Houston, Bruno Mars and Sting songs.

Ca7riel Is A Member Of