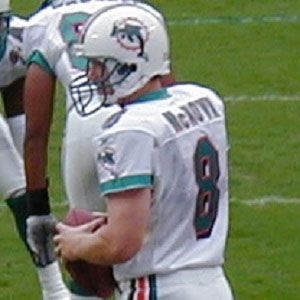 Former NFL quarterback who played for teams like the Miami Dolphins and San Francisco 49ers during his four-year NFL career. He is best known to college football fans for his stellar career at UCLA, where he led the team to a Rose Bowl appearance and won the Johnny Unitas Award in 1998.

He set a school record in pole vaulting at West Linn High School in Oregon.

He is beloved by UCLA supporters for becoming the first quarterback in school history to go 4-0 against Los Angeles rivals USC.

He married a woman named Christina.

At the 1999 NFL Draft, he became the highest-drafted quarterback taken by the Bears since Jim McMahon.

Cade McNown Is A Member Of