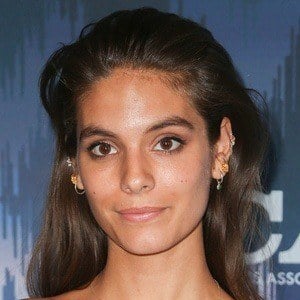 Best known for playing Rachel Kinski on Neighbours and Kenna in Reign. She also starred in the 2010 film Tomorrow, When the War Began.

She made her television debut at age 13 on the series The Sleepover Club.

She has 2013 film roles in Evidence, Trust for Love, and All Cheerleaders Die.

She has a younger sister named Victoria. In 2016 she married actor Lucas Neff.

She co-starred in Neighbours with Holly Valance in 2005.