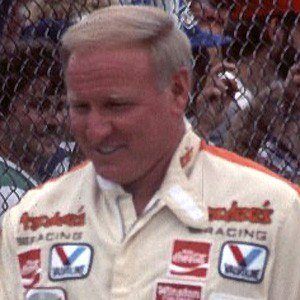 NASCAR legend's 83 Winston Cup wins ranked in the top five upon his retirement.

He tried to joined NASCAR's Southern 500 before he even turned 18 - but his true age was discovered and he was disqualified.

At the height of his career in the late 70s, he earned three straight Winston Cup championships.

His father was a tobacco farmer and store owner.

It was only after joining up with Junior Johnson that he became a great driver.

Cale Yarborough Is A Member Of